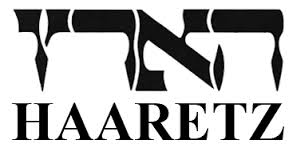 The Israeli left must accept that while our right to national self-determination is not exclusive, as long as the Palestinian nationalist movement denies it, we will seek its defeat. And then we will make peace.

The Zionist left wants to see the defeat of the Palestinian national movement just as badly as the right wing does. Only when it admits that, will the left be able to lead the state of Israel to a peace deal, if and when that becomes feasable. That is because a peace agreement based on dividing the land will be possible only when the Palestinian nationalist movement acknowledges its defeat to the Jewish nationalist movement – Zionism.

In general, the left prefers not to think or talk in terms of victory and defeat. The people on the left prefer to think that they are decent folk, people of compromise. The left views its support for dividing the land as a fair compromise, in which each party acknowledges that because of the other’s existence, one side can’t have it all.

Unfortunately, what the left perceives as a fair compromise is perceived on the Palestinian side as a humiliating defeat.
From the Palestinian perspective, the compromise suggested by the left is not essentially  different from the right’s dreams of empire. Both insist, for some reason, on the insane idea that the invented Jewish people have some unclear entitlement to self-determination in Arab Palestine, and it does not matter if it’s over 17% of the area west of the Jordan River (the Peel plan), 55% (the partition plan), 78% (the 1967 boundaries) or 100%.

The Palestinian national movement remains committed to the idea of liberating all of Palestine, from the sea to the Jordan River. There is no sign that it and its leaders are prepared to recognize that the Jewish people, as a people, have an equal right to self-determination in this land, which is its birthplace too.

The main indication of the Palestinian national movement’s commitment to continuing the struggle for all of Palestine is its continued cultivation of the illusion of return — in particular,  the perception that any Palestinian at all, including fourth-generation offspring of refugees living in Ramallah, will eternally have the non-negotiable, individual “right” to return to the motherland; to return anywhere in the land between the Jordan River and the sea. Holding onto the “right of return” enables the Palestinians to continue to believe that even if they lose a battle, the war isn’t over. And if the war isn’t over, there’s no need to admit to defeat, no need to sign an agreement of surrender.

The right of return thus creates the broadest base of consensus on both sides: the Palestinians, in supporting it, and the Zionists  in opposing it. People on the left, like me, who are committed to dividing the land based on the 1967 borders, are also unwilling to accept the principle of the right of return.

It isn’t only the Zionists: Non-Zionist left wingers who promote the vision of a single state, like Rogel Alpher for example, are not prepared to accept the right of return either, and urge the Palestinians to stop handing down a heritage of nakba from generation to generation, in exchange for abolishing the Israeli right of return.

Meanwhile, judging by the exchange of letters between Alpher and the Arab Israeli rapper Tamer Nafar, the non-Zionist left is prepared to forgo the right of return (for Jews) but expectations of Palestinian reciprocity in the form of forgoing their right of return, have been dashed.

The people of the Zionist left need to look in the mirror and admit this to themselves: We aren’t nice, we aren’t generous, we aren’t fair. We, no less than the right, want the Palestinians to be defeated. We, no less than the right, demand they surrender and acknowledge that they aren’t going to get the whole of Palestine. We insist on our right to self-determination in our homeland. Our right is not exclusive and is not supreme, but as long as the Palestinian nationalist movement denies it, we will seek its defeat. And then we will make peace.
read more: http://www.haaretz.com/opinion/.premium-1.743623

← UNRWA and the Perpetuation of Palestinian Refugees
Zionism: An Indigenous Movement →

To receive updates by email